LISTEN BACK: Cllr John Sheehan spoke to Neil about the highs and lows during his year as Lord Mayor of Cork 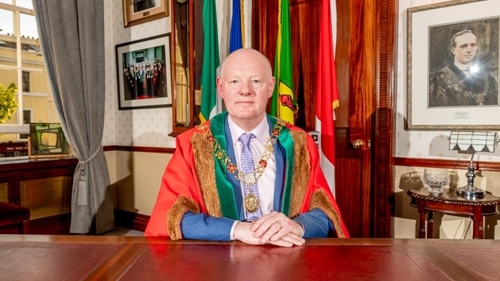 Cllr John Sheehan spoke to Neil this morning about his highlights during his year as Lord Mayor of Cork. He enjoyed many school visits, some were visited hundreds of times but for the first time Balincollig, Glanmire and Carrigaline received a visit for the first time. Cllr Sheehan also highlighted the opening of Mary Elms Bridge as a very moving event. The son of Mary Elms attended and some of the people she rescued came to Ireland to honour her. The commemoration of Thomas McCurtain on 30 January was also another high point. A low point, he says, was having to see the cancellation of 16 community events organised to commemorate Thomas McCurtain. The last few months were tough and what impressed the outgoing Mayor was how the community banded together. It gives him hope for future generations.

You can listen to their full conversation here: