Fans of liquid liner, listen up; there’s a new kid on the block. So what is it, and why is it so special? 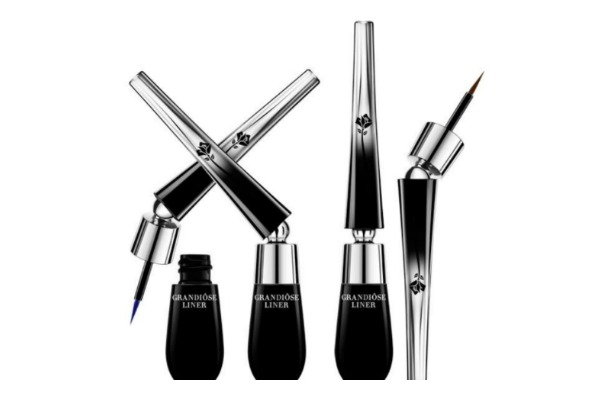 Why it’s the new Lancome Grandiose Liner (€29), a sister product to theGrandiose mascara which launched to great acclaim a couple of years back. Much like the mascara, Grandiose Liner has an innovative design, created to make precision and application easier.

It’s not curved like the mascara wand, but rather has a pivot mechanism which clicks into place, allowing you to position it at a 35-degree angle or straight depending on whether you’re lining the inner corner of eyes, want to get into the root of the lash or create a flick. 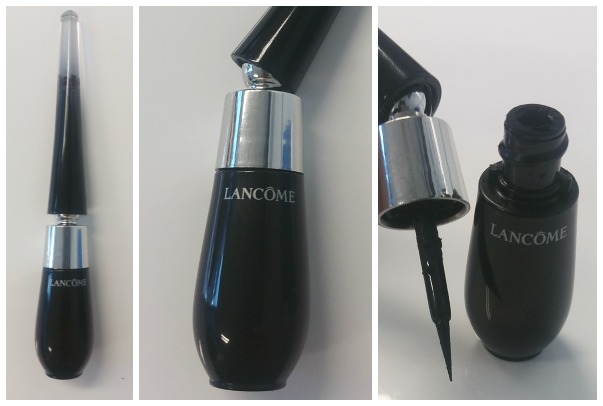 Up close: pivot mechanism that clicks into place for applying liner at 35-degree angle or straight.

The nib is a felt tip style, which I know some people might not be a fan of and I do understand why. Over the years, I’ve found there are two types of felt tip liner nibs that put people off: the rock hard ones that sort of bounce over your lids, leaving a dotted line, or ones where the nib is too long so it’s hard to control. This one is a medium length and is easy to control so even if you’re not a fan of the felt tip – this might change your mind.

This one is a medium length and is easy to control, so even if you’re not a fan of the felt tip – this might change your mind. 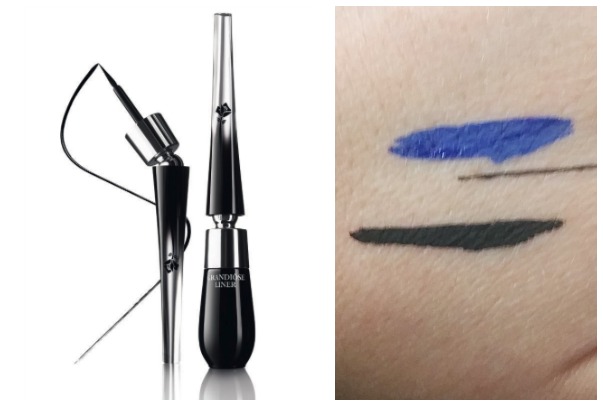 So far, so good, but formula (as I mentioned earlier), is just as important as design in my book. So how does this stack up? The answer is really well: the finish is matte and opaque, and there’s not even a sniff of crumbling or cracking to it when dries, two things that really bother me.

It’s not technically waterproof, but it does last for hours on end and once dry, it doesn’t budge (see those swatches on my hand?  It took two washes to get them off). There are three shades: Sapphire Blue (above), Carbon Black and Deep Brown, which you can see in action below.

Too see how the liner looks on an actual eye, head on over to Beaut.ie.