This One Time My Dad Was A Tool... 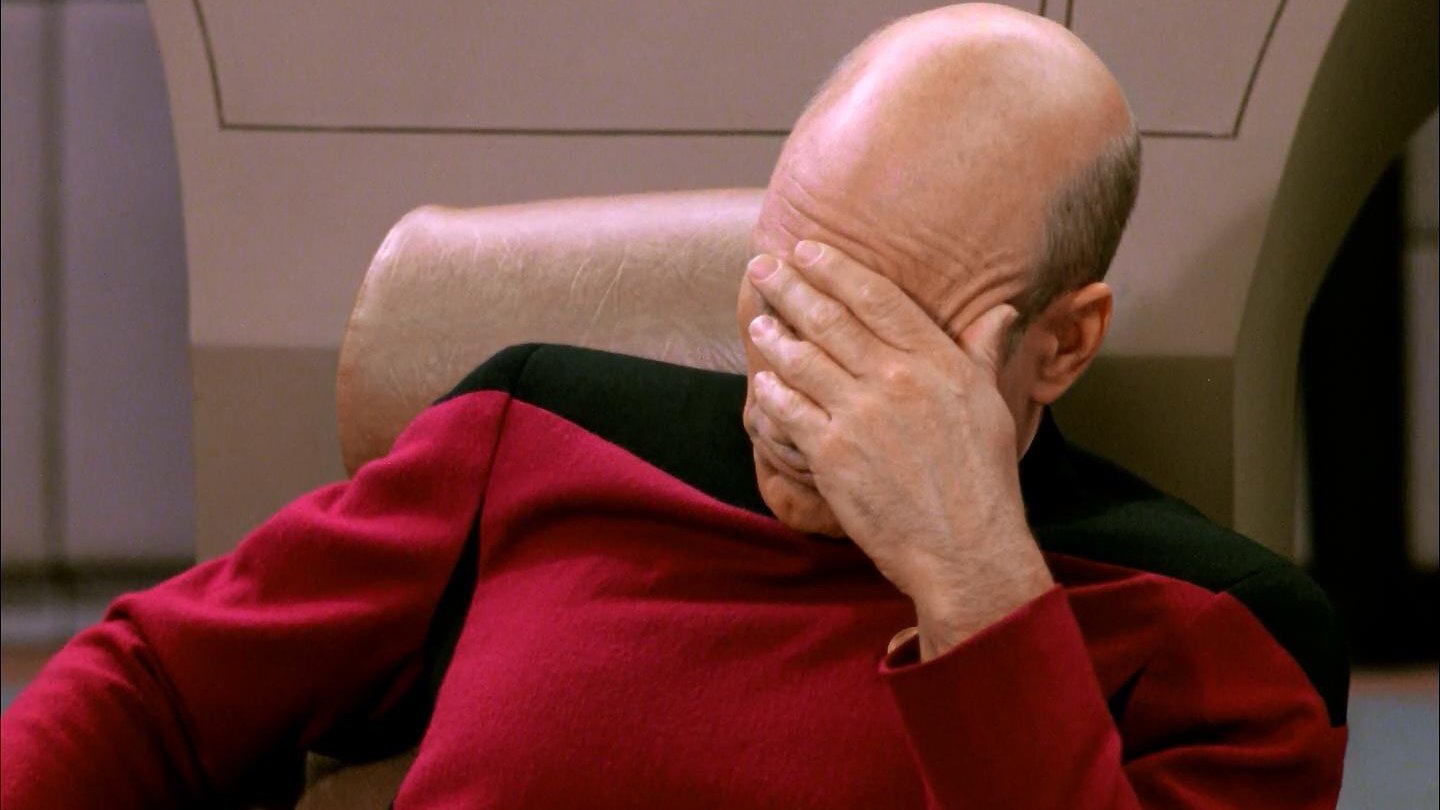 This morning The KC Show asked listeners for their stories of times when their dads were tools as part of a Frank Clark Ltd giveaway ahead of Father's Day. We got a great response and couldn't read them all out on-air so here are just some of the texts we received.

This is my funny story about my dad my older brother had a shower came out put his dirty underwear and socks on the counter top above the wash machine mydad came into the kitchen and started roaring and shouting about shitty underwear little did we know there had been a tea bag where he had put his jockshe was chasing Jason all over the house!

My dad who we love to bits was the biggest tool the ultimate top of the range tool when he left my mum and us (4 kids)29 years ago for another woman fecking us all up lol but now he is making up for all that lost time he is now the best granddad and best dad he could do with some new tools to.help my mumout as they are now age 70 best friends do everything together - Michelle

We were in France. My dad loves machinery. It's what he lives and breathes. Anyway as we were on the way to a big water park dad saw a huge pea picking machine. He made mom stop the car in the middle of nowhere so he could walk around. Worst part being he was dressed in a blue polo shirt, sandals, a straw hat and a pair of swimming shorts with the crack of his ass showing. As he walked around the field all he got very weird looks from farmers and all we could do was pray he did get on the machine with the French man. It was so embarrassing ᖟᘳ - Sarah

Years ago when my mum was young my grandad came home Xmas eve from the pub. When my nan opened the door my grandad was standing there with a swan under his arm that he took from the Lough. All my mam heard was my nan shouting at my grandad Bring that swan back to the Lough right now! Needless to say itwas a memorable Xmas for them! Emma in carrigaline

When my dad first had taytos he thought they were like corn flakes and poured milk on them.. He was as sick as a dog. Still eats them but tells that story regularly when he sees a bag of tayto!!

This story is more about me being a tool than my dad but watching him laugh when he talks about it makes him a tool lol. I was 5 months pregnant and my dad was teaching me to drive. He made me drive to ringaskiddy so being pregnant and nervous I cut out twice coming down a hill (I know how is it possible)of course I drew the attention of two gardai who pulled us over. My dad and the garda spent about 10 mins laughing at me before they drove off - Dani

My dad is the funniest, there are so many stories.. One was that my sister was sick from school one day and dad got left with writing her sick note, mysister went into school handed over her sick note to the teacher, the teacher started shouting at her, as you can imagine she had no idea why, my dad spelt her name wrong ha, the teacher thought she had got another student to write the sick note for her, she got detention hahahaha!!! Dad just laughed!!!!

When I was about 14, I was just after filling the bath. My dad was giving out about something and I give him cheek....he ram after me and I locked myself into the bathroom. He says Mary, if you don t open the door I ll drown ya in the bath. I opened the bathroom window and shouted for Mrs Keller nextdoor to save me saying help help, Mrs Keller, me dad is gonna drown me

Morning lads I think we have the most embarrassing husband ever, if the children are with him any where he will start sinning tip toe to the window in aloud squeak voice and do a dance, so the poor children run away - Monica

Years ago my dad had been out at the pub. He came back to his house & was knocking for his girlfriend to open the door. When she didn't answer he checked the window. He managed to open it & fall into the room. Once he stood up he realized why his girlfriend hadn't opened the door, he was in the wrong house!!! - Emma

Many years ago, I ' say it was 2000, it was Christmas and my dad had had a few drinks. At the time we were doing some work on the garden and we had one of those small JCBs. My brother who was about 5 had been asking my dad all week for a drive on the JCB and obviously the best time to do this was after a few hot ones! Out they went and they weren't gone 10 minutes when we felt the house shake and heard all the crashing and banging! Dad had raised the bucket and put it straight through the dining room window! My brother ran in fear of my mother but dad just sat there breaking his sides laughing!!!! Best part was, the bucket did absolutely no damage to the window frame just the glass...and there wasn't even an inch either side of the bucket! That was the coldest Christmas I remember hahaha P.S. My brother showed up about 2 hours later terrified  - Denise

My dad is a pretty calm guy except when he gets behind the wheel of a car . We were driving towards the kinsale road round about and a young fella behindus in a done up car beeped at my dad my dad stops the car jumps out and starts shouting at the guy. Next thing his friend walks past the car under the bridge he goes sorry man he was just beeping at me needless to say I was mortofied in the car!!!! My dad walked back into the car head down and just goes shut up dont talk about it but we allllllways talk about it

Years ago a guy called to d door lookin for my fiances dad.my fiance shouted in dad theres a man wit a bald patch lookin for ya.his dad shouted back tell him I have one alreadyᖟᘳ

I cant come on air at the moment if you need me to but please still enter me in the draw, my dad deserves the voucher for the trauma of it all ha ha.

Morning lads my dad was a cmplete tool years ago so much that he camd on my first date with me to see if she was good enough for me long story but we went to the pics in the palace and halfway through the picture he says to me sure put your arms around her boy i wont say notten and after she got the bushome he said na boy forget about that one!! True story lads cant come on air

Hi KC, this isn t about my dad but my uncle who s since passed but it s a funny story!My cousin was learning to drive with my uncle teaching her but a car was constantly clung up her backside while driving, so my uncle got her to stop the car, he got out & opened the boot & said to the driver behind dou want to get in! The guy wasn t long keeping his distance after that!

While we were in Portugal years ago my aunt got a crush on a local boy that I made friends with. On a day to the beach my dad figured out about the crush. He went around the beach roaring the boys name and his threats mortifying my aunt until he smashed his foot off a rock and broke his toe

My dad was late getting home from a night out when he was younger and my nan had taken the key off the string inside the letter box! He then saw the bottom window opened so he tried to climb in, the guards were passing the house and saw him, my dad told him he lived there and was locked out! The guard then knocked the door and asked my nan did he know him, my nan looked him straight in the eye and said she never saw him Before! He got arrested that night!The following day my nan went down to collect him from the Garda station! Let me tell you he was never late home again or tried to climb into anyones windows! Suzie Heaphy!

My dad absolutely loved his Chinese every Friday night without fail same order for the last 40 years when he was in his 20's himself and a buddy went for a Chinese in Washington street eating away happy out my when they realised they either had the money for a cab or a taxi so they legged it the.owner chased them down Washington street with a machete when my dad lost one of his new leather shoes he d gotten in Liverpool the week before and 40 years on weare still listening to you couldn't get those loafer here at the time my dad s a hard worker and a great dad he deserves this prize cheers lads

When I was 8 (I'm now 27) I got my dad whose name is willie a bottle of willy wash thinking it was for people called willie... It wasn t.... He tells this story to anyone that will Listen and I get an awful doing. He still has the bottle - Lisa

Day before my grandmothers (on my mother's side) funeral...we went for dinner. On way back my dad without thinking started singing the song "Where's Your Mother Gone"...that's being a tool! - Niall 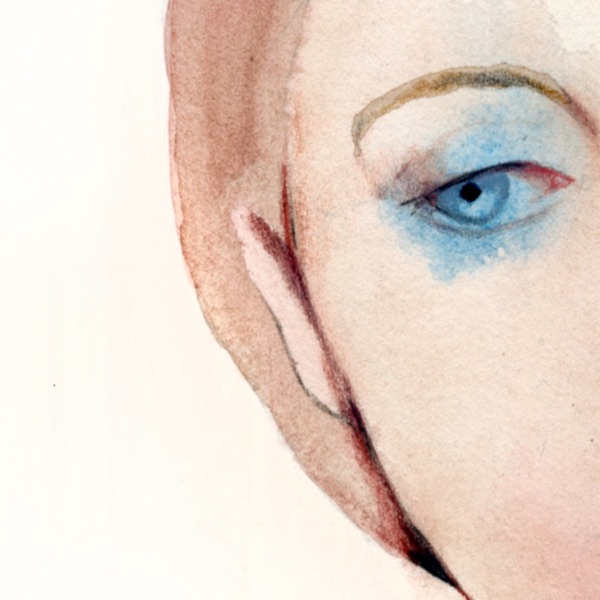