Riding high on the success of their recent single release 'Survive' which seemed to be an apt song for radios over the last few months and current single 'Break the Silence' , True Tides are 3 brothers from Cork, Cian, Conor and Eoghan whose guitar driven synth pop has made them one of the most talked about acts in Ireland this year.

The band will play 2 fully seated shows on Friday September 11th at Kino - One has 7.30pm doors and the second at 9.50pm. These are over 18's show. Kino is a former arthouse cinema now a theatre on Washington Street, Cork. 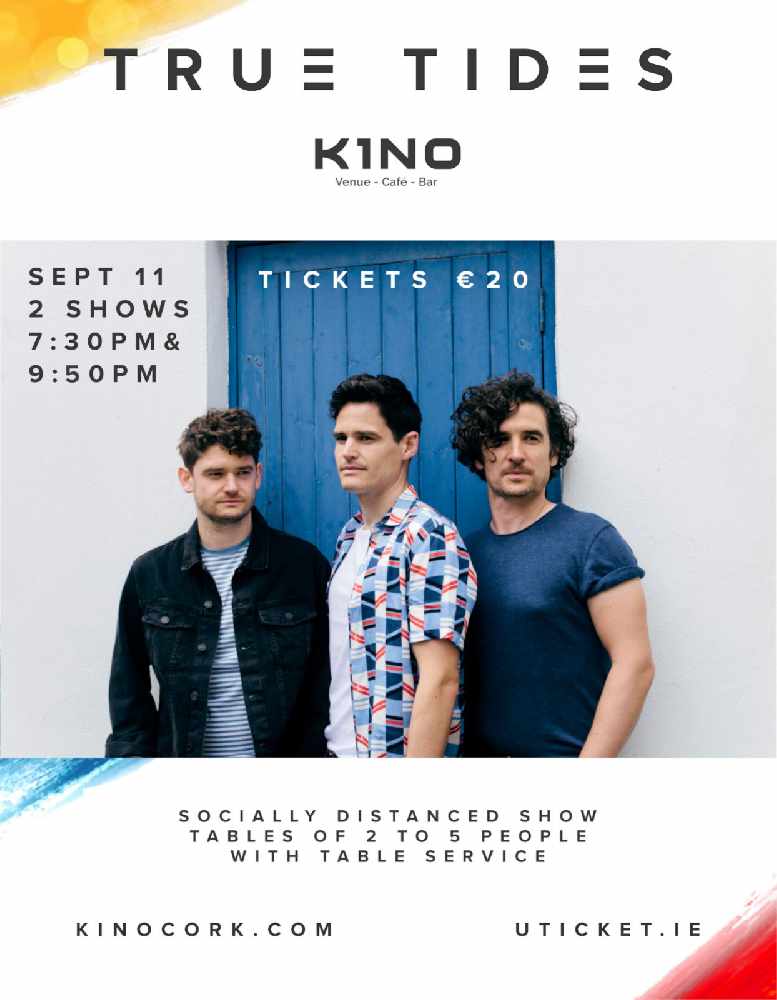 Both shows are limited to 40 people capacity and tables will be available to seat 2, 3, 4 or 5 people. The venue practices strict social distancing with table service being available. More info about their safety measures can be found on kinocork.com

Tickets €20 + booking fee per person are available from uticket.ie/event/true-tides-kino

The brothers made their national television debut in 2019 on the Late Late Show; had their single ‘Automatic’ reach the Irish top 20 radio play charts and received regular rotation on national and local radio stations for their other 2 singles; were playlisted on numerous Spotify playlists including New Music Friday UK; sold out their City Hall, Cork headline show with the 135-piece Cork Youth Orchestra and choir in December 2019 as well as supporting Picture This for their sold out show at INEC Arena Killarney and The Coronas at their sold out Olympia show in the same month; had their first UK television synch on E4’s ‘Made in Chelsea’ and played their first headline tour packing out venues around Ireland including Whelans, Dublin and Cyprus Avenue, Cork.